Zoning By-laws: A Great Cure for Insomnia. How Can We Improve Them? 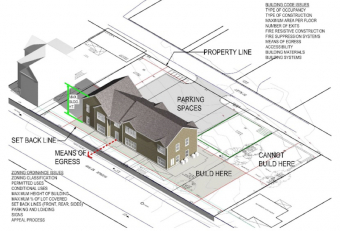 Zoning By-laws. Just the name conjures up images of red-tape and bureaucracy. Reading one often results in “Zzzzzzzzzzzz”! We read Zoning By-laws for a living and often find them challenging to read, let alone understand. Why does this happen? How can we make them better? Read on for some thoughts and inspiration.

Zoning By-laws regulate what you can do on your property today, where the buildings can go, and they can be placed.

To change zoning, requires one of the following levels of permission, which are presented in Figure 1.

Planners are trained to determine the public interest, which can be defined as:

In this case, the public interest comprises several factors, including those of community groups, on and off reserve members, youth, elders and others. It will be important to engage with each, listen to them and respond. Patronizing and ignoring don’t work. Brushing off everything to “Not In My Back Yard” (NIMBY) also doesn’t work. Zoning does actually help us and our communities, even if we don’t see it. The article in Figure 2 highlights a real world example of where no zoning or Ordinances (US zoning) exists.

So how do we improve Zoning By-laws, or can they be improved? The quick answer is yes, but to a point.